Believing When It's Beyond Reason to Believe

/dih-loo-zhuh-nl/ adj.
having false or unrealistic beliefs or opinions

Once upon a faith walk…

Delusional Faith is simply believing when it’s beyond reason to believe; believing as if the facts that your eyes and the world tell you do not exist. Believing BEYOND them.

I hope in sharing our story that “delusional faith” can be ignited in others, for whatever they may be believing big for.

HOW THE NAME CAME ABOUT

As I sat on the couch feeding Sophia by bottle, I was overwhelmed with gratitude of God’s faithfulness. I cradled this 2-year old, still unable to hold her head up steadily nor sit on her own, and watched her suckle the bottle. My eyes filled with tears as I glanced over at her attached pulse-oximeter. She was oxygenating like a champ… WHILE EATING. With her breathing issues, she wasn’t supposed to be able to learn to suck, swallow, and breathe simultaneously.

I thought back to the 8 months I watched a ventilator breathe for this spunky girl. Even after being able to breathe on her own, a feeding tube would remain taped to her face until right before her 2nd birthday. I remembered feeling so silly telling others, especially medical staff, that I just knew that Sophia was going to breathe… yet, here she was breathing. The following year, I remembered feeling so silly, again, telling others that I just knew she was going to eat by mouth… Now I sat there with her, watching her do the impossible. Yet, once again I was feeling silly for sharing with family and friends what I felt that I knew.

God had placed in my spirit that we would build a new home and it would be symbolic of the rebuilding of our lives after such a hard hit. Financially, things had been the worse ever. We had watched the house slowly go up over the past few months. The foundation “coincidentally” being poured on the anniversary of losing Nicholas, Sophia’s twin brother, confirmed further in my heart that I had heard God correctly. Yet, our old house remaining on the market for almost a year put a damaging dent in my belief. We were told that our new home would go on the market within a month if we could not close the deal. This was SO much more than material gain that we were hoping for… it was claiming favor in unfavorable circumstances; believing in something that seemed completely out of grasp.

I texted our realtor the day our new home went on the market, “I know I sound delusional but I just know that house is still ours…” That’s when I felt that jolt in my spirit. “That’s exactly how you need to believe… as if you’re delusional.” I finally made a solid connection to the deeper understanding of verses like Hebrews 11:1 (NIV), “Now faith is confidence in what we hope for and assurance about what we DO NOT SEE.” Despite the circumstances, I was somehow confident in our hopes and assured in the invisible promises.

Two months later… we moved into our “promised land.”  🙂

Delusional faith… despite how “false or unrealistic” a belief may seem at the moment, still believing when it’s beyond reason to believe. As much as I’ve seen the impossible in our journey, it’s still tough to believe sometimes… but then I remind myself, “Believe..as if I were, indeed, delusional.” 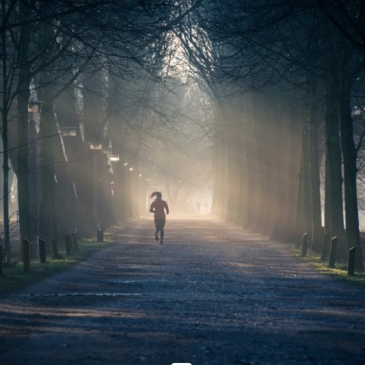 This past February, I ran my first half-marathon. I know to avid runners that might be a morning warm-up but for the rest of us, 13.1 miles sounds outrageous! It’s been five months and I haven’t ran one bit since then and often mumble to my husband, “I can’t believe I ran 13.1 miles.” Yes, … END_OF_DOCUMENT_TOKEN_TO_BE_REPLACED

So excited to share our book! It made it as a #1 Amazon New Release the first few days!!! With this book, I celebrate my babies and God’s goodness. 6 years ago on February 10, 2013, I met my two sweet babies, Nicholas and Sophia. Unfortunately, it was 4 months too soon, leading to Nicholas … END_OF_DOCUMENT_TOKEN_TO_BE_REPLACED

In honor of Sophia and in memory of Nicholas, we will be participating in the Austin Marathon (completing the 5k and half-marathon) on February 17, 2019, a week after our babies’ 6th birthday. Please help us raise money for this awesome organization that helps families like ours! https://www.crowdrise.com/o/en/campaign/teamh2h/elizabethbobe?utm_campaign=oc&utm_medium=twitter&utm_source=crowdrise

"This is my story, this is my song
Praising my savior all the day long."